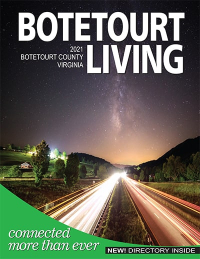 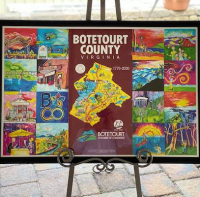 It’s time to lower the cost of living in Virginia

This year the average American family is forced to spend an extra $5,200 for the products they need and use every day because of inflation. In an already high-cost region, these increases are stealing the paychecks of workers in Virginia struggling to make ends meet. That’s why the priority of the Youngkin administration since Day One has been lowering the cost of living in the commonwealth and improving quality of life for all Virginians.

Virginia’s biennial budget provides state legislators the opportunity to be part of this historic agenda. The government has been overtaxing Virginians for far too long and is now expected to take in a staggering $14 billion surplus. With this incredible opportunity, Gov. Glenn Youngkin’s (R) goal with Virginia’s budget and this strong financial position is simple: Take $5 billion to provide cost-reducing, economy-growing tax relief directly to Virginians and use the remaining $9 billion to invest in making Virginia best-in-class.

Together we can provide meaningful tax relief for working families, individuals and veterans, on top of historic investments, such as the largest education budget in Virginia history, pay raises for teachers and law enforcement and desperately needed funding for behavioral health systems and mental health care.

Alarmingly, Democratic leaders in the legislature continue feeding a false narrative that we can’t do both, but Virginians know better. With $14 billion, we can and must do both. Virginians deserve nothing less. This puts us in an extraordinary position to make unprecedented investments in shared priorities while providing critical tax relief directly to the people who need it most. This is not an “either/or” decision between tax cuts for Virginians living paycheck to paycheck or historic investments in Virginia’s present and future; it’s an “and” opportunity.

The cost of living is too high for Virginians, and the Youngkin administration is offering solutions and encouraging legislators in Richmond to join us in providing real relief in areas such as gas and groceries. We saw Maryland come together on a bipartisan basis to suspend its gas tax, and gas prices fell overnight. A bipartisan majority in Democratic-led New York suspended the gas tax through the end of the year to provide relief to motorists. Virginians should require the same level of bipartisanship out of our General Assembly on Youngkin’s 90-day gas tax holiday.

Youngkin has also proposed eliminating Virginia’s grocery tax. Virginia is one of just 13 states that still burdens its citizens with this unnecessary tax that hits low income families the hardest. On average, a family of four has seen its grocery bill go up more than $250 dollars a month, an extraordinary amount for many Virginians already struggling with rising costs across the board. In total, inflation is up 8.5 percent in the past year, and it’s time we ended the regressive grocery tax for all Virginians.

By doubling Virginia’s standard deduction to $9,000 for single and $18,000 for joint filers, as the governor proposed, we can significantly lower the tax burden on working families. Additionally, Virginia is one of only a few places in the United States that still taxes military retirement benefits. That’s wrong. By not taxing the first $40,000 of our veterans’ retirement, a proposal included in our agenda, we’re telling our military community members that we value them and we want them and their families to be Virginians long after their courageous careers serving their country.

The governor recently called the General Assembly back for a special session, reminding all legislators and all Virginians what’s at stake. There’s unfinished business on behalf of our teachers and students, our veterans, families who buy groceries and commuters who fill their tanks.

When government collects significantly more than it needs, the right thing to do is to give it back to the taxpayers. It’s our money after all. This is real money. It’s the people’s money, and the Youngkin administration thinks that’s where it belongs. It’s time to put partisan politics aside and do the people’s business. This is our chance to cut the cost of living and invest to make Virginia the best place to live and work and raise a family. Virginians sent us to Richmond to get this done, and we’re focused on results.